The last two decades have brought about new medical and surgical treatments revolutionizing care for non-neurological urinary incontinence in women. Many studies, often randomized prospective studies with sufficient follow-up, have validated the therapeutic choices and shown them not to be part of a fad or marketing pressures. The French Association of Urology (L’Association Française d’Urologie) , through its Committee on Women’s Urology and Pelviperineology (Comité d’Urologie et de Pelvipérinéologie de la Femme) , proposes its recommendations. These were established by an expert group of specialists (urologists, gynecologists, and physical therapists), based on a review of the literature but taking into account the daily practices in academic and private practice settings. Between evidence-based medicine and reality in the field, these recommendations attempt to propose realistic and applicable strategies.

Although it is not possible to use medications on the anatomic features of incontinence, a better comprehension of the physiopathology of miction impairment can lead to pharmacological treatment of female urinary incontinence. However, analysis of the literature shows that few publications are methodologically satisfactory, nor are they comparable. In presence of stress urinary incontinence, vaginal hormone treatment must be provided if the patient presents vaginal atrophy with physical therapy or surgery planned. Use of noradrenaline recapture inhibitors and serotonin cannot be recommended today. There are no indications for alpha-adrenergic treatments. For urge incontinence treatment, use of anticholinergics should be provided, possibly associated with vaginal hormone treatment if the patient presents vaginal atrophy.

Prescription of 15 sessions should suffice to evaluate the possibilities of improving the incontinence. The sessions can be continued if the patient feels she is progressing but has not reached sufficient results. With no progression despite properly conducted rehabilitation, the question of whether to continue the physical therapy arises. Currently, therapists determine the number of sessions. They are better apt to know whether sessions should be pursued and should relay a report to the prescribing physician. This type of rehabilitation is within the domain of physical therapists. Midwives can be responsible for postpartum rehabilitation.

On the other hand, the importance of the patient’s role in the results and their maintenance is well known. Occasionally a few sessions some time after the initial sessions can serve to verify the acquisitions and motivate the patient in her personal contribution to this rehabilitation.

In urge incontinence, the rehabilitation approach will be used concomitantly with prescription of anticholergics with behavioral therapy and bladder biofeedback work. In addition, low-frequency electrostimulation can be done during the session. Starting with 10-12 sessions is sufficient.

In all cases, rehabilitation should take a multidisciplinary approach and be integrated into a medical and/or surgical management plan.

Absorbant products have greatly improved over the past few years in terms of both efficacy and comfort, but the problem of cost for patients persists. They can only be used for short periods of time while waiting for effective curative treatment or over longer periods if no other management option is possible. The model chosen must be adapted to the amount of leakage and the patient’s shape.

Many nonabsorbant palliative treatments have been reported, often with small series. They can be grouped into three types: extra-urethral occlusive devices, intra-urethral obstructive devices, and intravaginal support devices. The use of a pessary or other vaginal devices can be proposed, in particular with associated prolapsus, which can be used when leakage is very occasional (sport, etc.) or in women who cannot have any other treatment.

Today, placement of a suburethral sling is the reference technique for cure of female stress incontinence. Use of slings made exclusively of knitted polypropylene monofi lament is recommended to the exclusion of all other materials. The NF indication is a guarantee that preclinical studies have been conducted before market authorization. Although biocompatible, the material remains synthetic, and this biocompatibility should not obviate the need for respecting the principles of asepsis, as in any prosthesis implantation. The sling can be placed via a retropubic or transobturator approach. These two approaches enjoy the same success rate but morbidity seems to be higher with the retropubic approach (bladder injury, dysuria, de novo urge incontinence). The type of anesthesia has no infl uence on the postoperative results. Mixed urinary incontinence, low urethral mobility, obesity, old age, and the desire for future pregnancies are situations that do not contraindicate placement of suburethral slings, but they can alter the quality of the results. Rigorous assessment of the risks and benefi ts as well as fair and honest information must be provided to patients in these situations. Without suffi cient studies proving their effi cacy and innocuousness, minislings cannot today be recommended to treat female urinary stress incontinence.

Functional complications are the most frequent. They require a true diagnostic strategy before proposing treatment adapted to the patient. The first examination should be an endoscopic urethrovesical exploration to eliminate vesicourethral transfixion by the suburethral slings.

The recommended use of the large-mesh knitted monofilament polypropylene suburethral sling has considerably reduced the risk of infectious complications related to the prosthetic material. In case of vaginal erosion, prosthesis infection must be eliminated, which requires removing the sling. Simple erosion can be treated with partial resection of the exposed sling and vaginal suture.

Many nonabsorbant palliative treatments have been reported, often with small series. They can be grouped into three types: extra-urethral occlusive devices, intra-urethral obstructive devices, and intravaginal support devices. The use of a pessary or other vaginal devices can be proposed, in particular with associated prolapsus, which can be used when leakage is very occasional (sport, etc.) or in women who cannot have any other treatment.

Laparoscopic colposuspension is not recommended to treat urinary stress incontinence in women. This technique may be warranted if other laparoscopic procedures are necessary and should be carried out by an experienced surgeon trained in this approach.

Currently there are no data reported in the literature supporting the recommendation for peri-urethral injections in first-line treatment. However, some authors emphasize that periurethral injection techniques can be used because of their good risk/benefit ratio in patients who are fragile, those who have already undergone surgery, and those who do not wish to have surgery. This option should be chosen based on efficacy, safety, and the patient’s wishes. The product used should remain based on safety, ease of use, price, and the urologist’s preferences.

In all cases, efficacy decreases with time and repeated injections are often necessary to maintain a satisfactory result. The injectables are a possible first-line choice in very elderly patients and in those who do not wish to undergo surgery. After failure of surgical treatment and/or if there is sphincter deficiency, peri-urethral injections can be an alternative to a new surgery, but one must be aware that the results are clearly inferior to balloons or the sphincter.

In cases where the urethra is attached due to previous interventions, peri-urethral injection is not indicated.

Given the data reported in the literature today, ACT® devices in women should only be a lastresort technique. They can only be implanted in patients presenting urinary incontinence due to sphincter deficiency with no urethral hypermobility (negative support maneuvers), in cases of failure of other therapies, or when placing an AUS is contraindicated or refused by the patient (French National Health Authority).

The indication for artificial urinary sphincter implantation in women is based on several para meters: severity of incontinence, sphincter deficiency with negative urethral support maneuvers, the notion of postsurgery recurrence of incontinence, and absence of contraindication.

The factors for success depend on: implantation on tissue that has not been damaged by repeated interventions; well-codified technique based on regular surgical experience; sufficiently long deactivation; long-term monitoring with expertise in managing breakdowns and revisions.

Precise regulations should be respected when using neuromodulation of the sacral nerve roots in treating urinary incontinence in women with vesical hyperactivity.

It is not recommended to perform a neuromodulation test of the sacral roots in management of urinary incontinence caused by vesical hyperactivity if rehabilitation or anticholinergic treatment has not been attempted, unless a contraindication prevents use of these treatments.

Assessment of the efficacy during the test period should be rigorous and based on use of voiding diaries, symptom questionnaires, as well as the patient’s overall evaluation. Improvement greater than 50% and a counter test verifying the reappearance of symptoms after stimulation is interrupted are necessary to warrant implantation of a neuromodulator.

Complete information should be given to patients before the test is performed. This will detail the test procedure, how to keep a voiding diary, the safety precautions, and the incidents that may occur.

In patients presenting non-neurological vesical hyperactivity, the use of botulinum toxin A (which in 2009 did not have market authorization for this indication, even in neurological patients) should be reserved for highly targeted, second- and third-line indications (failure or intolerance of recommended treatments), and certainly at first within clinical research or in specialized units.

Several clinical trials on cell therapy have recently been conducted in the treatment of urinary incontinence. The cell preparation procedures and the inclusion criteria were different for each study. The feasibility of this technology, however, seems acquired. The indications for treatment and the long-term effects have yet to be specified. Cell therapy for urinary incontinence is only conceivable within the context of a clinical trial at this time. We encourage all investigator-urologists involved in a clinical trial on cell therapy to make themselves known on the website clinicaltrials.gov/ so as to inform the community and encourage the technique’s development.

The physiopathology of urinary incontinence in women is complex. It must be thoroughly understood to orient the therapeutic choices available to patients. In urge incontinence, the initial management is above all conservatory, based on medical treatments and rehabilitation. In stress urinary incontinence, the quality of the urethra guides the indications for support techniques, with suburethral slings taking the lead and a preference for the retropubic approach in cases of sphincter deficiency with mobility of the urethrovesical junction preserved. In mixed urinary incontinence, the choices are always difficult and generally one begins with treating the component that is the most uncomfortable for the patient. Whatever choice is made, one must be aware that the first treatment often influences future treatments. 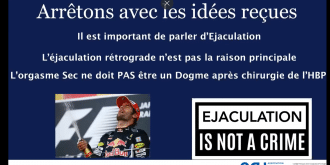